Born and bred in a council house in Middlesbrough, Wayne Spriggs has gone from his milk and paper rounds before school, to growing his business to in excess of £250million in just six years.

In 2014, Wayne founded Lusso Stone, the leading manufacturer of luxury hand-finished bathroom products. Arguably one of the most impressive success stories of any entrepreneur of his generation.

It was at the mere age of 12 that Wayne’s drive to be independent and make his own money began, while other boys his age struggled to get out of bed. Wayne was up at 5am, delivering milk and papers to the locals, all before his school day even started.

Living only a short 5 minute drive away from where he was raised as a child, helps to never forget his humble beginnings. He’s always happy to support local charitable causes and individuals in the area, believing you should always help others if you can.

The eldest of three children, Wayne has gone on to have two children of his own. Clearly instilling his sense of business acumen in his family his son works with him at Lusso Stone, his daughter runs her own beauty business and his two siblings also have been inspired to start their own businesses.

A keen hiker Wayne likes to spend his free time walking with friends in the lakes enjoying trips to London and experiencing new restaurants on father and son weekends away.

Prior to launching Lusso Stone, the self-confessed workaholic happened upon becoming a property developer, not by plan, but by chance.

In 2000 a property market crash meant a door was opened for investors to enter the market. Never one to pass up an opportunity, Wayne bought a couple of properties which he then renovated and sold on, he has since done the same with over 40 properties over the past 20 years.

It was also during this time as a property developer that Wayne noticed a gap in the market, he continually struggled to find high-end luxurious bathroom products without the even more luxurious price tag.

Wayne found this niche, and ran with it. He travelled all over the world visiting various trade shows, learning the trade and most importantly building relationships, all of which helped him be able to build his vision and create what we know today as Lusso Stone.

It was imperative that he build a brand that allowed people to create luxury at an affordable price without cutting corners on the quality and design of his second to none products. Being able to manufacture the products in-house meant that they could offer products that would ordinarily be 60% more expensive to consumers, via their online shop.

Wayne started the business with a £10k overdraft, no loans and no help from investors. Which is something that remains true to this day, despite the huge number of investment offers they receive on a weekly basis. It was important to Wayne that he have 100% shareholding in the business. Having always been very hands-on, in all aspects of the company, but especially on the design of the products. As the company grows, so does the amount of products offered, from stone and resin, to brassware and bathroom furniture.

Alongside this, Lusso Stone is ranked sixth in the Fast Track Exports League and Wayne Spriggs is currently included in the Lloyds Banking Group Top 50 Most Ambitious Business Leaders.

Despite all of his extraordinary success, Wayne’s ambition is as strong as it was from the first day he founded Lusso Stone. Having clearly established the business well in the UK, Wayne’s sights are firmly set on international expansion with a US launch likely for later this year. There will also be the roll-out of two further brands, Lusso Pietra (marble only) and Lusso Deco (art decor/traditional) this year.

The roll-out of these two new businesses will also see the Lusso Group move into home furnishings, which will fall under Lusso Luxury Living. This is in addition to new product development, team expansion and continued revenue growth. The only way is up. 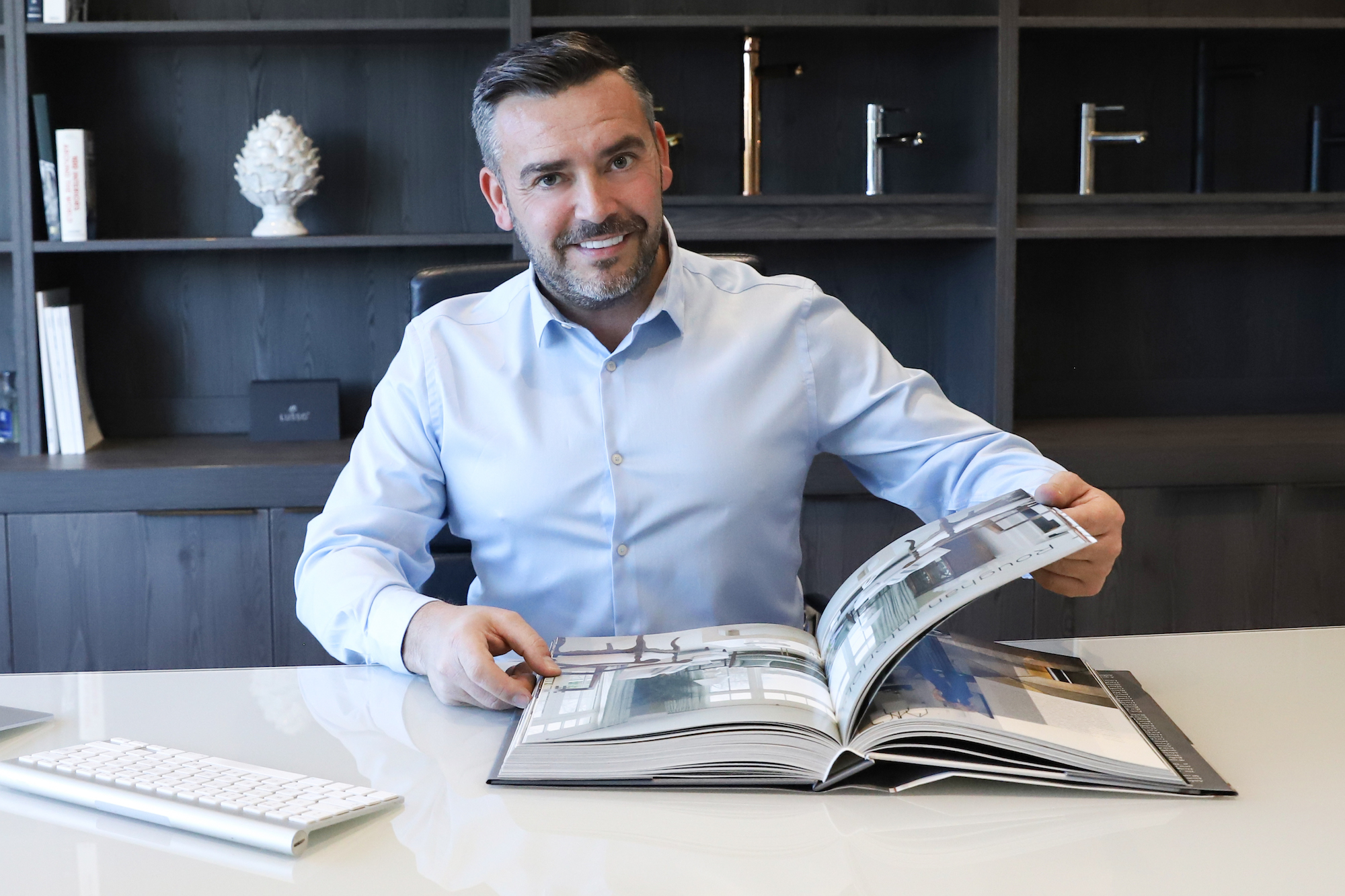 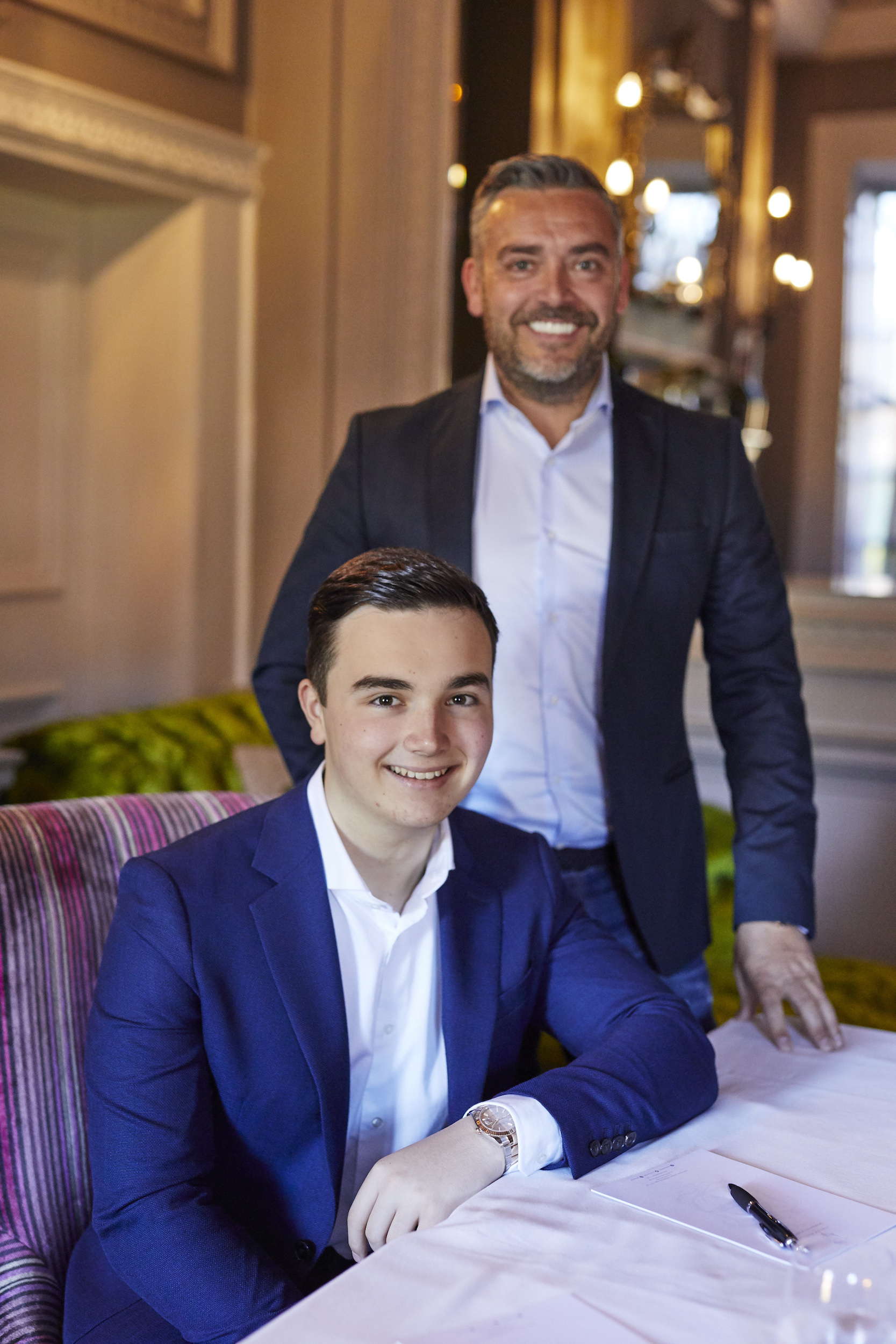